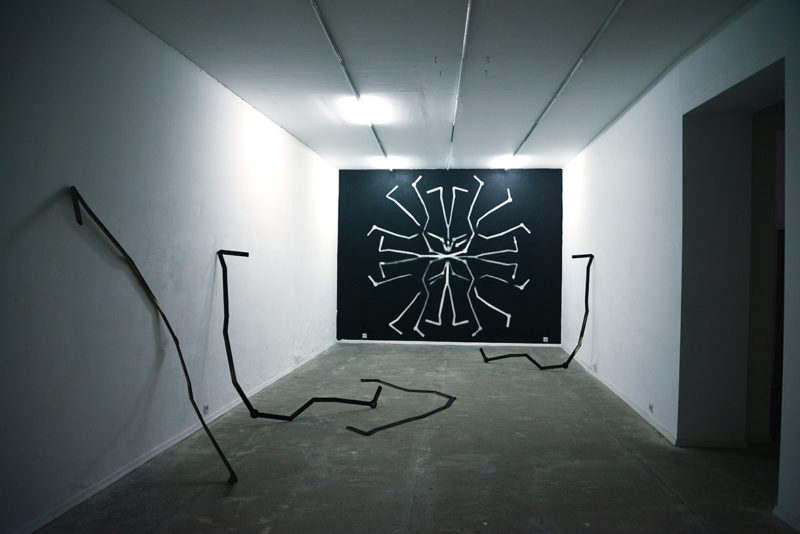 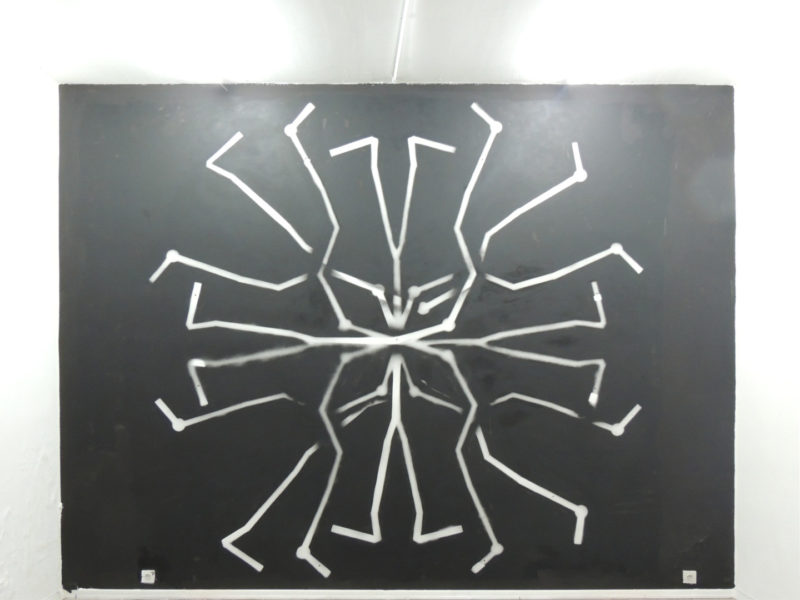 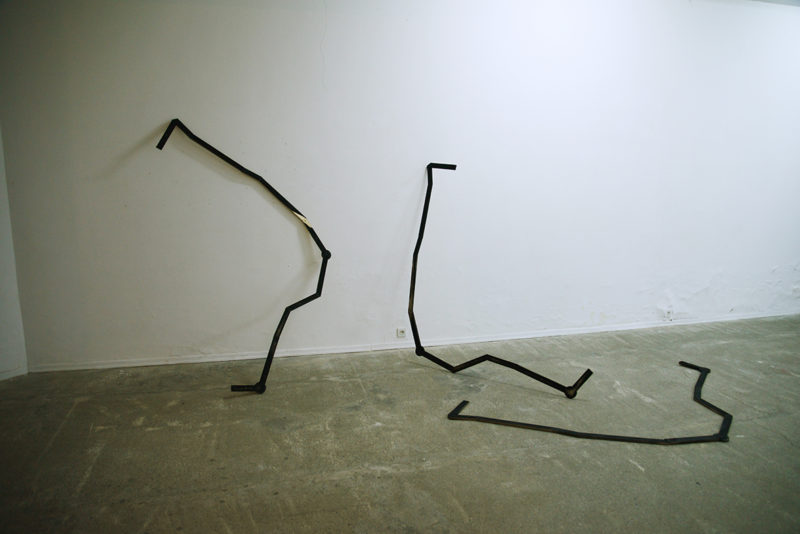 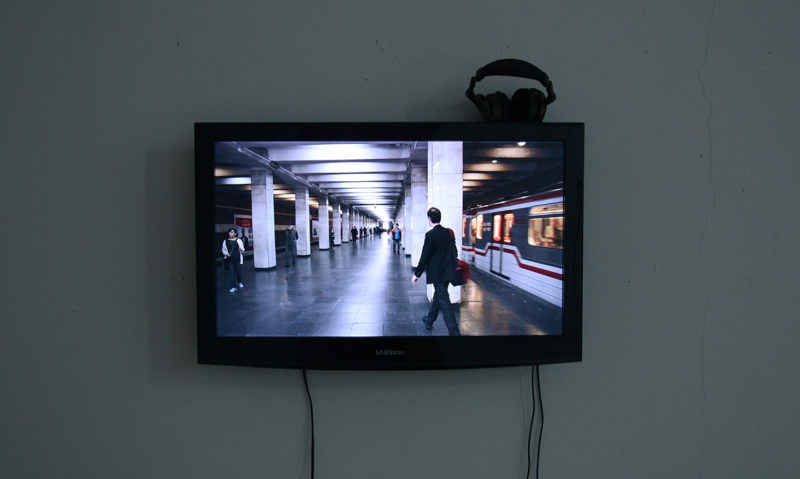 During my last stay in Tbilisi in 2012 I took a trip taking the metro from the center of the town to the Samgori flea market where I got lost and subsequently found it rather difficult to comprehend whether I was standing in the city, the suburb or the countryside. This loss of orientation is the basis of the present exhibition. On the one hand I’m using the design of the metro map from the station near the Center of Contemporary Art (First Line: Akhmeteli Theatre – Varketili) to make a mural in order to try toregain my sense of orientation. By doing so I mirror the layout of the metroplan several times thus it becomes a new kind of ornament. Secondly I’m showing a film where I walk the same route filmed from behind in stopmotion, exiting at Samgori station and losing myself in the long corridors of the subway and the streets. The stuttering pictures depict the fragmented perception in the crowded urban passages. „Walking an Oriental Line” is a research about the shift of mapping the urban space and its real perception.